Manifesto was performed by the Swansea-based Volcano Theatre Company and toured throughout the UK in 1994. has been referred to as "The Communist Manifesto" in some of Michelle's biographies.

There is very little information available about Manifesto. I have found a number of earlier tour dates for the production but have chosen to omit them because most clash with The Android Circuit, indicating that they took place before Michelle joined the cast. I've deduced that the new cast with Michelle took over for the BAC since this venue had two preview performances. More explanation here.

Publicity for Manifesto at the Battersea Arts Centre which appeared in The Guardian, 11th June 1994. 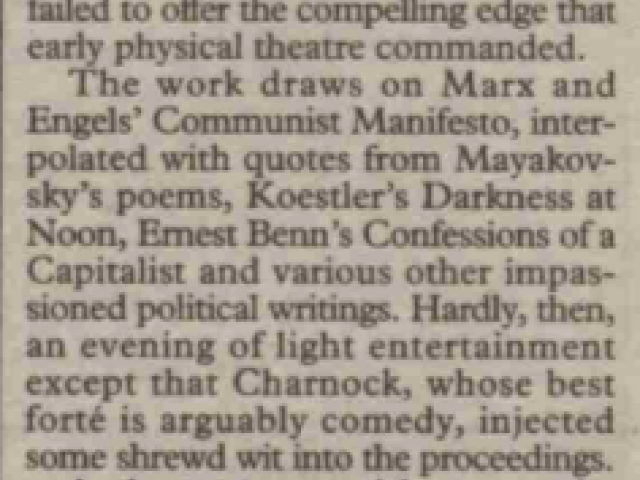 Review of Manifesto at the Battersea Arts Centre, from The Stage, 21 July 1994.

© The Stage Media Company Limited, https://www.britishnewspaperarchive.co.uk & The British Library Board. 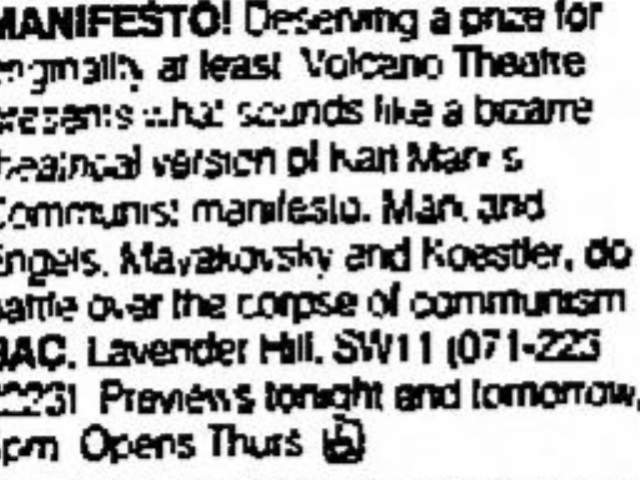 Theatre listing for Manifesto at the Battersea Arts Centre, including preview dates. Published in The Times, 14 June 1994 and retrieved from the Internet Archive, 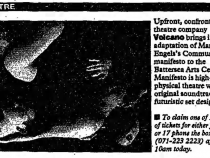 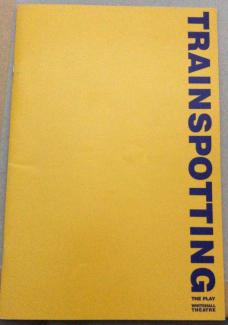